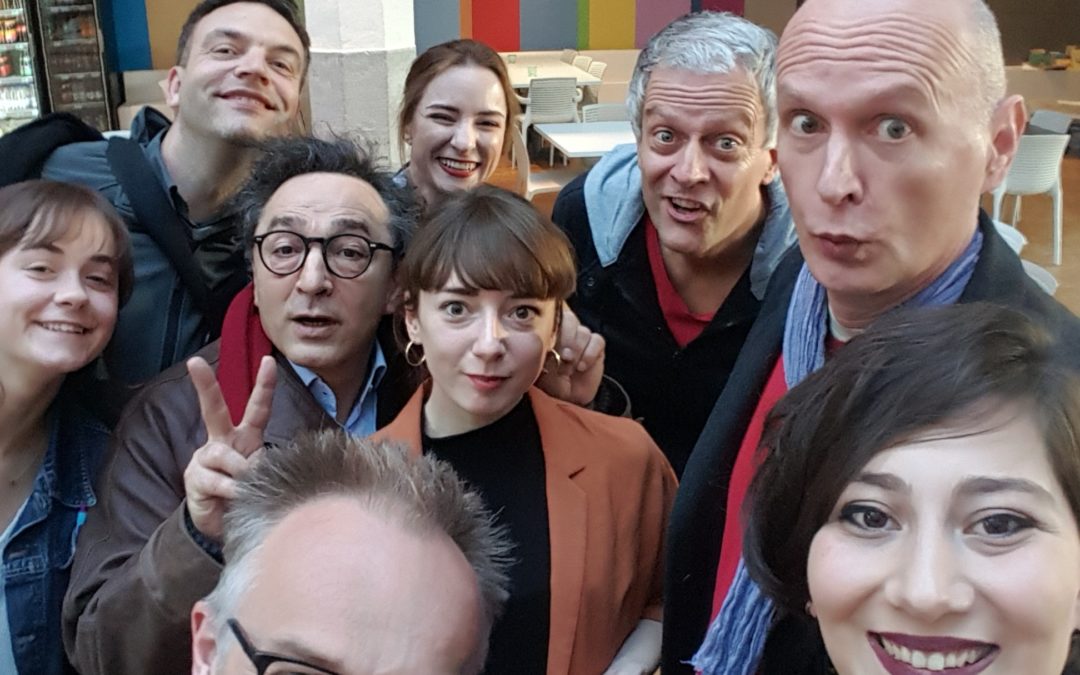 Actors, dramaturgs, artists and one director from three countries united in the ZKM | Center for Art and Media in Karlsruhe at the shooting of various sequences for our new app Zigmagora. Our partners Moritz Büchner and Andy Koch made it possible and were creating not only a highly creative but also fully equipped green screen space in which we could film our augmented reality scenes for Stage Your City. Two of our four stations are already in the can: the audience will encounter an uncommon love scene set in the future or hear about ways in which prospective technologies will drastically change human health. Not only is this production intertwining multiple languages, it constantly moves on the edge between the real, virtual and augmented, using newly designed software by media artist Chris Ziegler and programmer Givi Sartania. 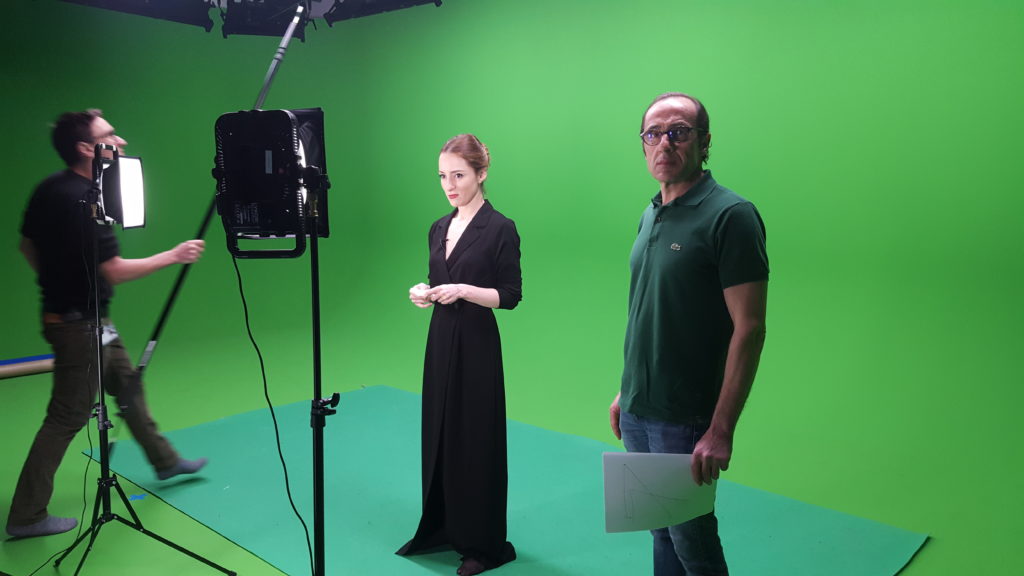 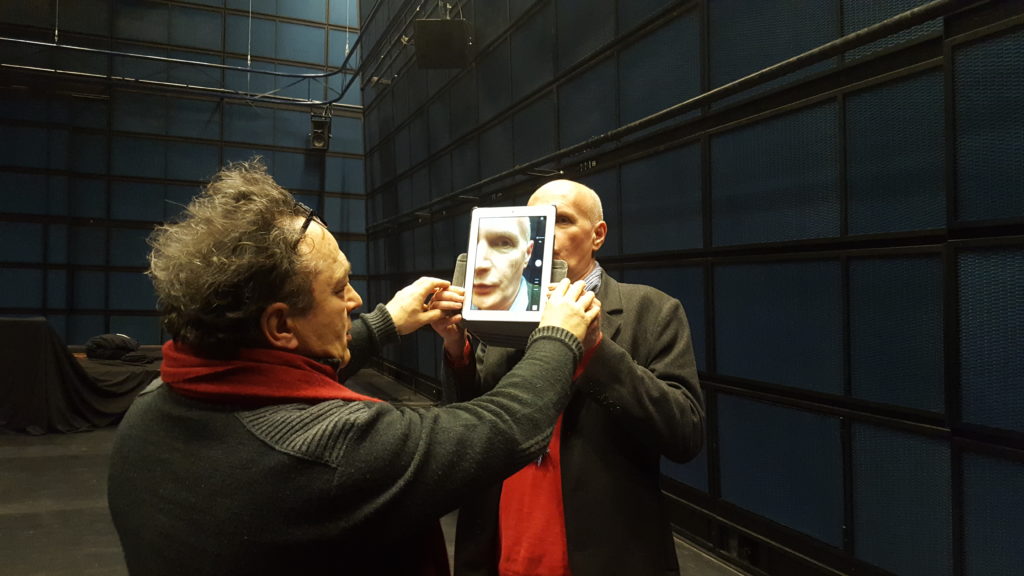 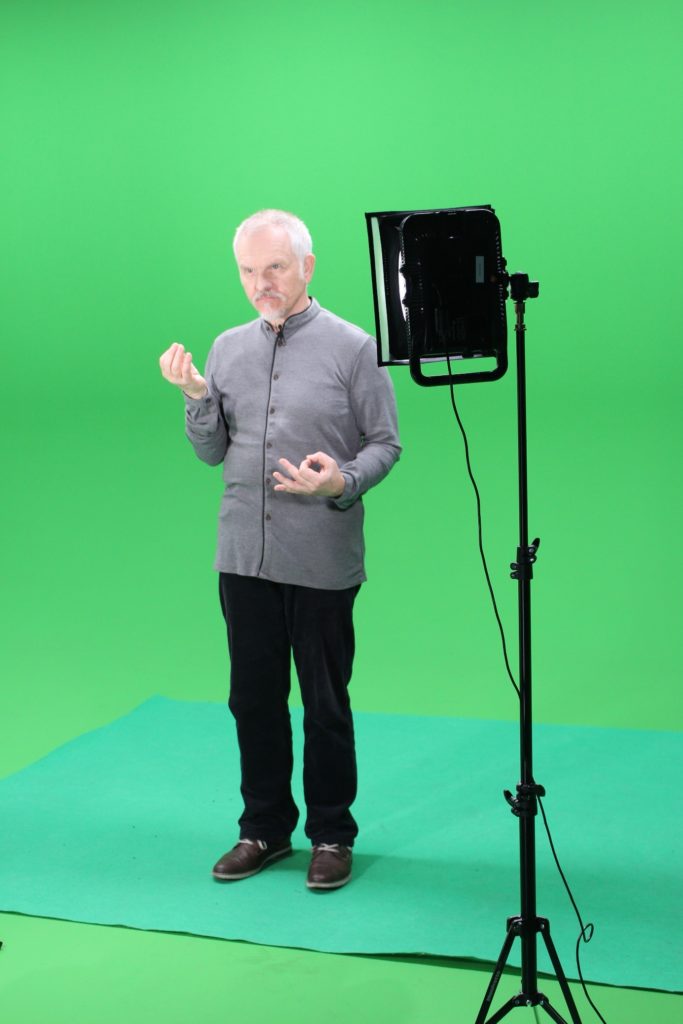